The new Net neutrality rules that the FCC revised, has been approved and will become official on November 20, 2011.

Net neutrality supporters have lobbied congress for laws that prevent Internet Service Providers (ISP) from blocking or slowing content, charging for faster connections to certain sites, and a slew of other tactics that would destroy the “open web.” Meanwhile, Internet Service Providers have argued that it’s government regulation — not the ISP’s that threatens the open web.

The new rules do prevent broadband providers like cable, fiber optics and DSL from blocking access, the new rules are different for wireless providers.

When the draft of the rules came out last December, roughly 80 organizations signed an open letter expressing their disapproval. The letter complained that the Order “leaves wireless users vulnerable to application blocking and discrimination,” uses “unnecessarily broad definitions,” and claims that specialized services “would create a pay-for-play platform that would destroy today’s level playing field”.

Wireless providers, which want minimal regulation, complained that the rules were unfair. Sen. Mitch McConnell said that the rules would “harm investment, stifle innovation and lead to job losses”. 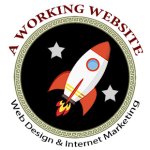 Our Portfolio of Work

Our Portfolio of Work